Heart-breaking stories told on a collection of ceramic tiles form the central feature of one of the most evocative green spaces in the capital. Here in the west of the City, an array of other equally powerful stories pull at your heart-strings. Walk across the spot where hundreds of victims of religious persecution were burned at the stake, or venture into the spell-binding ruins of the church where medieval queens were laid to rest. Pausing to reflect on some of the most dramatic moments in the City’s history, this walk wanders through hidden gardens and open spaces, passes an ancient hospital still in use today, takes in the cemetery regularly raided by body-snatchers and then slips into the back alleys of Blackfriars – once familiar to Shakespeare.

Guided by Chris W.M.
Jumping to his death from the roof of a hospital, which famous TV hero fell from this building?
Benedict Cumberbatch, star of the BBC’s Sherlock Holmes series, stood on the roof of one of the buildings of St Bartholomew's Hospital and jumped to his death, apparently. In fact Cumberbatch was filmed jumping from a much smaller building across the street, later switched in post-production. 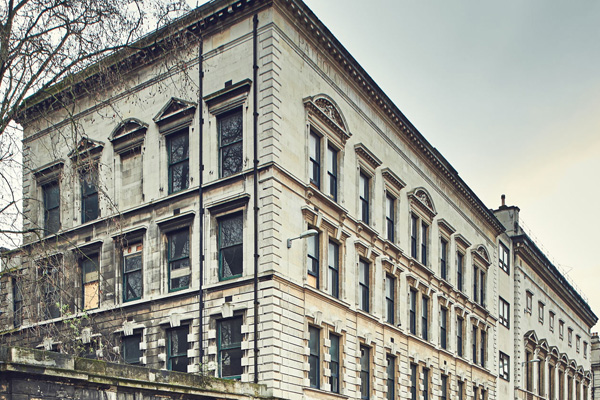